This is my family’s second Mother’s Day since Mother’s diagnosis of dementia. And it’s the first one that caused me to hesitate and wonder, “Do I send her a card?” Whereupon I immediately felt sad, and guilty, and utterly unsure of myself. Who questions whether to send their mother, a much beloved woman, a card?

Last year we were all on auto pilot, I guess, trying to keep everything as normal as possible. This year I cannot deny how much things have changed for us. I wasn’t concerned that Mother might forget reading the card minutes after she opened it. I was worried that she might have forgotten me.

It’s one of the things that scares my sisters and me most, that our mother might not know us one day. “Don’t borrow trouble,” friends advise, and I try not to, even though I’ve spent much of my life doing just that, long before things went wonky with Mother. (I won’t bore you with all the things I’ve worried about that never came to pass. You can thank me later.)  It may be that Mother will recognize us until the day she dies. But the very real possibility that she won’t pops up now and again.

I’m the youngest of three daughters. No sons. My sisters are ten and seven years my senior. As a teenager, it didn’t occur to me that I might have been a surprise. Occasionally I noticed that my friends’ parents looked younger than mine—my parents were forty when they had me—but I didn’t resent it or spend too much time trying to figure out what it might mean for my future. I liked hanging out with adults, and I grew up wanting to be older. I wasn’t scared of middle age; I longed for it. In so doing, I suspect I missed out on some youthful—and perhaps necessary—experiences. But it suited me, this way of being brought up.

“We treated you like you were thirty from the time you were six years old,” my father would joke.

On a ferry from Wood’s Hole to Martha’s Vineyard some twenty-five years ago, I asked my mother if I had been a mistake. I don’t know what made me pose the question then, but it was one of those moments of deep connection in which nothing seems off limits. We were two women on a road trip from Washington, DC, where I was living at the time, to New England. We’d toured the Rhode Island School of Design in Providence, shopped for antiques in Connecticut, and were now bound for the Black Dog Bakery.

“Of course not,” she said, facing into the wind. Then there passed one beat of silence, two. If I were telling you this story in person I would snap my fingers twice for effect.

“But if you were,” she added, turning to look me straight on, “you were the best mistake I ever made.”

I did send the card, the day before I read this, written by a woman I worked with in another lifetime, Paula Spencer Scott. She hired me for my first gig out of graduate school, working for Whittle Communications, which I count as one of the highlights of my career. Now she’s an accomplished writer and a contributing editor over at Caring.com, and she’s had family members with dementia and Alzheimer’s. When suggesting things to do for your loved one with memory issues, Scott advises, among other things, to “Keep giving cards. She might not remember opening it five minutes later, but so what? What matters is delighting her in the moment.” (www.huffingtonpost.com)

I’m learning a lot about that these days, being “in the moment.” Spending time with Mother brings it all to the here and now. When you’re holding your ninety-two-year-old mother’s hands, noticing how much the pinky on your right hand resembles hers, both now crooked with arthritis, and telling her the same story you just told her a half hour earlier, it anchors you to this very minute. It’s all we’ve got anyway, right? So I will sit, and I will listen, and I will love.

10 thoughts on “Loving Martha: On Memory and Mother’s Day” 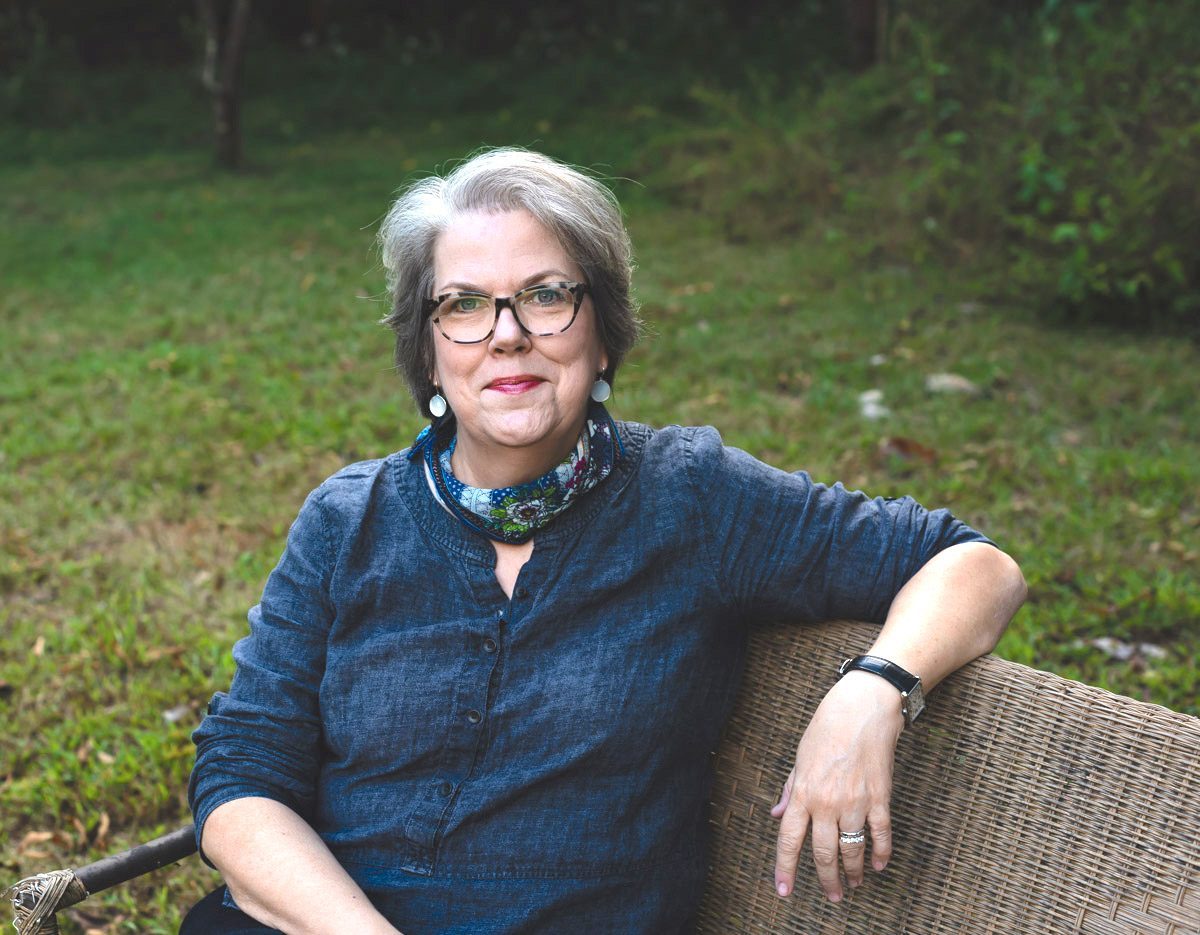 Postcard prompts! Go check your mailbox, fellow pilgrims. @porchtn @nanowrimo @rockvalewriterscolony @writingeststate #pilgrimwriters #writinginpandemic #nashvillewriters
Two favorites: Norval the dog and Davis the preacher. Thank you, @brentwoodumc team for making online worship feel like home. The music, the scripture, the message. All of it. #pandemicchurch #brentwoodtn #nashvillestrong
Being fed, body and soul. Please get to know the music, and the women, of @risingvioletsmusic. You can thank me later...@thecafeatthistlefarms #risingviolets #pilgrimwriters #nashvillecreatives #soulsisters
Thanks again, lovely fellow pilgrims @whiteorchidnashville. Now, how do I keep them fresh for as long as possible?! #nashvilleflorist #beautifulthings #whiteorchidnashville
Getting creative with my fellow pilgrims, readying ourselves for a 2020 full of wonder and well-chosen words.Oh, the stories we will tell! #pilgrimwriters, #nashvillewriters, #nashvillecreatives
Thank you for reminding us to embrace the essentials in all areas of our lives. And for modeling how to connect them to our relationships with our fellow pilgrims, with ourselves, and with our God. @brentbil @paracletepress @esrquaker #reading #goodbooks #quaker #spiritual formation